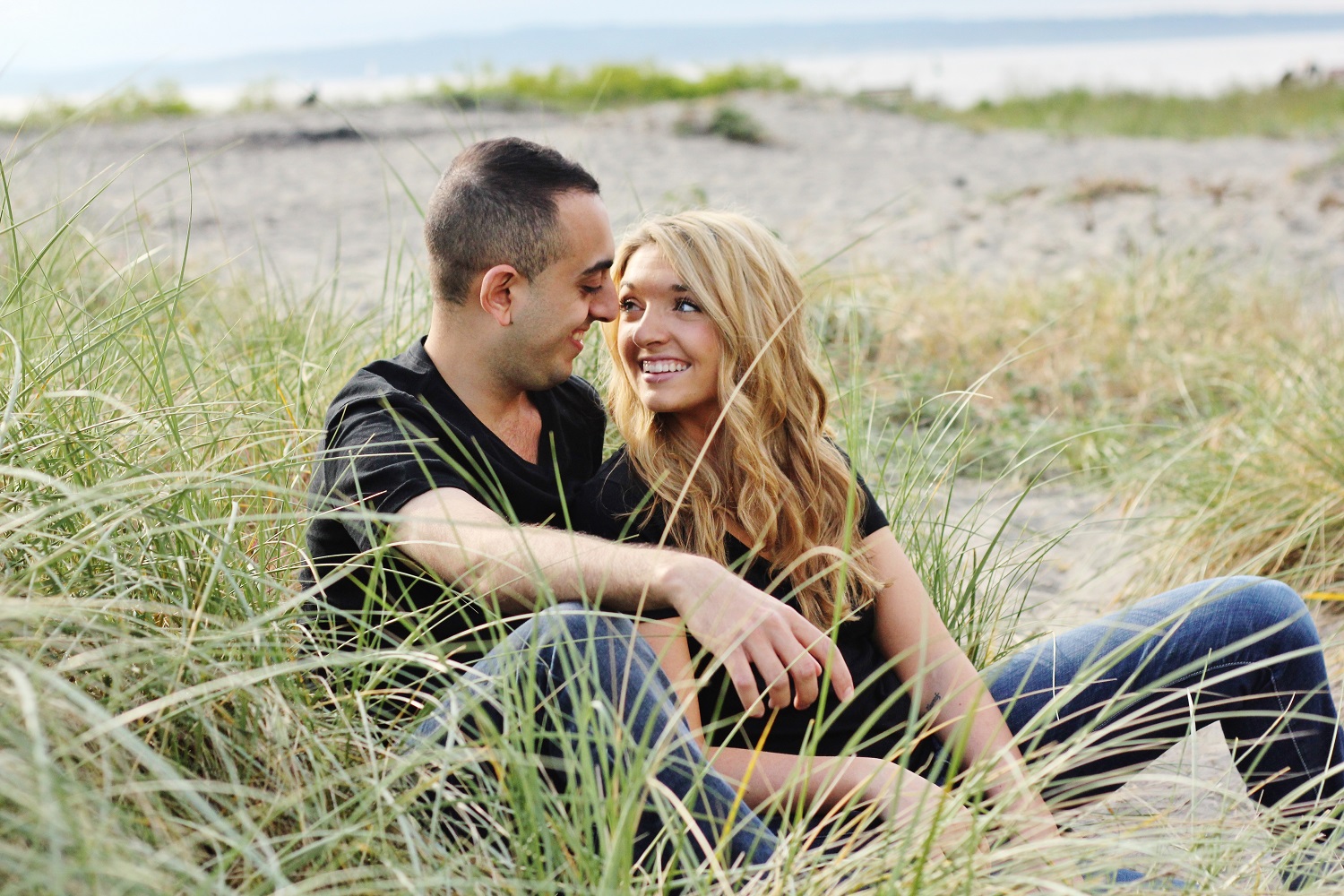 When my husband and I were first dating, I was the first to bring up marriage (big shock there, huh?) We had been dating for about a year at that point, and I was ready to discuss the next step. He wasn’t there yet. So began the tension that riddled the next year of our relationship.

I would define “pre-engagement” as the season of a relationship where you’re talking about your wedding and marriage with your S.O. before there’s an actual proposal.

My sweet man would plan these elaborate and thoughtful date nights and I would end each one with tears and frustration because he had not proposed. Of course, this spurred on many discussions about when we would get married and why we weren’t already engaged. I call this our “pre-engagement.” I would define “pre-engagement” as the season of a relationship where you’re talking about your wedding and marriage with your S.O. before there’s an actual proposal. It was a tearful, painful, and unhealthy season of our relationship.  Its a conversation that I spurred on too early, pressed too hard,  and cried about too often.

Now that I’m married, here’s what I wish I could’ve said to myself and what I would say to you now if this is sounding dreadfully familiar.

You’re Not the Only One

At the time, I thought I was the only girl to walk this road. On the other side of it, I realize that I was not. A lot of relationships tarry on this tension. Don’t wander the road alone. You need other people beside you, especially the ones who don’t always tell you what you want to hear. The people who helped me most in this stage, didn’t usually take my side of the argument. Find women in your life who are married, and find out about their journey to engagement. Gain insight and wisdom, but mostly gain some perspective. It’s helpful to realize that we aren’t alone in our struggles and that there is a light at the end of the tunnel. Also – if your relationship is actually unhealthy and you’re missing the red flags, these people can shine a light on that as well!

A lot of relationships tarry on this tension. Don’t wander the road alone.

It Doesn’t Mean He’s Not In Love With You

Okay, it might mean that if you’ve barely been dating for a couple months. However, most of the time when we get to the point of talking marriage there’s a strong and loving bond between you two. But – men are prone to looking at things problematically. They’re not naturally led by emotions. If he’s still in school or worried about finances, your partner may not be in a place where he wants to get married. As hard as it is to believe, this usually has nothing to do with his feelings for you! He could be madly, deeply, endlessly in love with you and still have concerns about money, education, and the future that delay his proposal. Don’t automatically attach his delay to a lack of love. Could it be (just maybe) that he loves you enough to wait for you? To plan for you? To work for you?

Don’t automatically attach his delay to a lack of love

Don’t Let it Ruin Your Relationship

Luckily for my husband and I, this season made our relationship stronger in the long run. However, it was not without some major mistakes on both of our parts. Ladies, this is our opportunity to learn how to communicate with our loved one in a way that helps instead of hurts. Its 100% okay to have emotions and feelings, but how you communicate them matters. If you communicate them through raised voices, insults and disrespect, I promise you (unfortunately from experience,) that it doesn’t end well. Tell him how you feel, but don’t lose your own kindness, grace, and respect for him in the process. The worst case scenario isn’t not getting engaged. Its damaging your relationship on the way to the altar or dragging him there before he’s ready. You can create some real bitterness in this stage that has the potential to hurt your relationship long-term.

Tell him how you feel, but don’t lost your own kindness, grace and respect for him in the process.

Honestly, dating has some serious perks. Enjoy the time of your life when your money, time, and space is truly your own. It doesn’t last forever. Sooner than you know it, everything you have will be shared. And that sounds wonderful – until you realize that the expensive date nights that he plans, come out of your bank account too. All joking aside, life hits fast and hard. Dating is a fun part of a relationship, don’t rush it! Marriage is a serious commitment and it doesn’t come “no strings attached.” It is amazing to be married but it’s also amazing to enjoy getting to know each other better and strengthening your relationship.

Dating is a fun part of a relationship, don’t rush it!

Let me just sum this up for you, and forgive me if this is harsh but I needed to hear it when I was in your shoes. If you’re ready for a ring but he’s not on one knee – don’t throw a tantrum. You can’t force someone to do what you want (yes, even if you’re right!) Sacrifice and compromise is (SPOILER) a huge part of marriage, you may as well learn it now!

Here’s some throwbacks of our engagement shoot at Golden Gardens in Seattle done by Katie Santos! 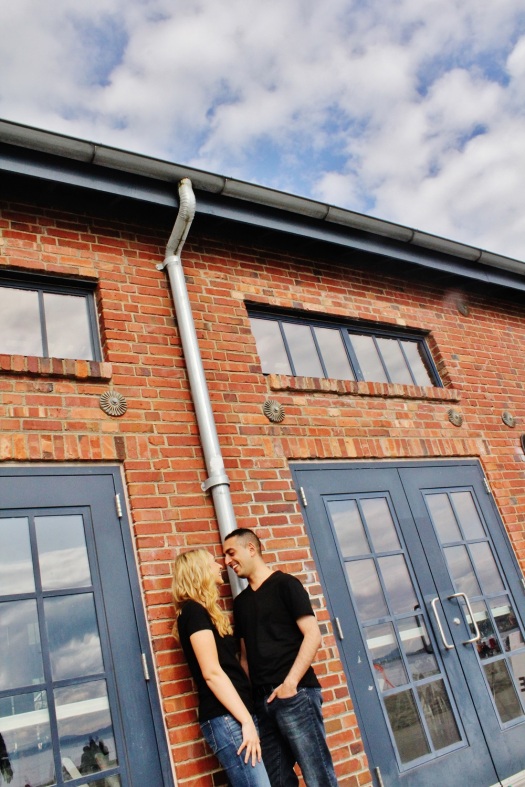 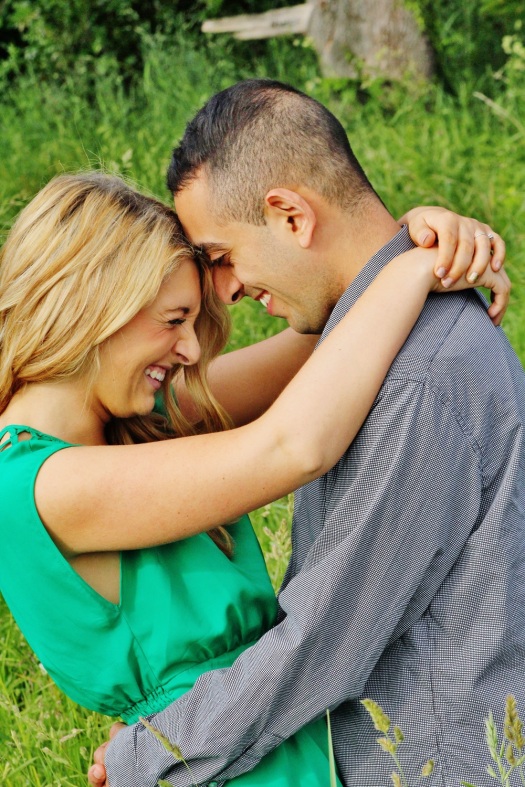 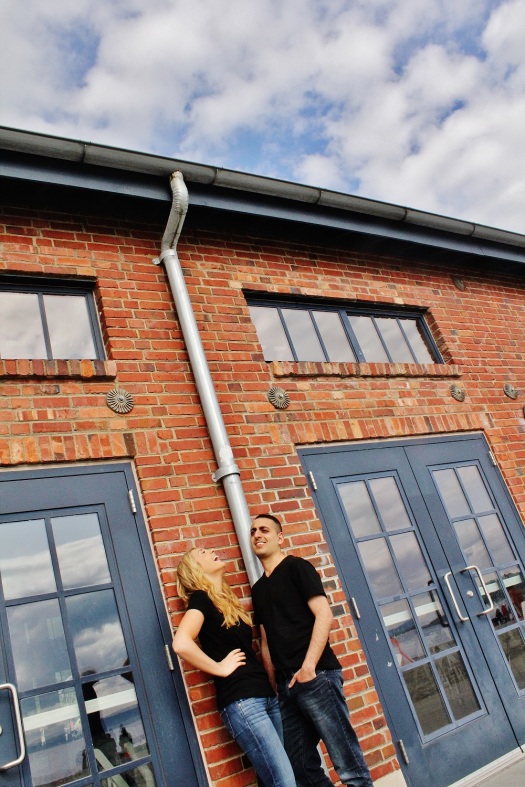